Recommended by Bill Gate and many podcast I’ve listened too, Sapien is a brief (a synopsis if you wish) of the history of mankind.
He deconstruct different revolution that the Sapien had and he touch on the drawback of the Sapien expansion. From pre-historic time where the Sapien clashed with the neanderthal, where they drove extinct the mega-fauna of every ecological system they entered, to modern time.
I really liked that he approached some lesser know fact, like that hunter gathered had it better in term of life expectancy, quality of life, health that human in the agricultural revolution.
I love those kinds of read even though it’s a long one. 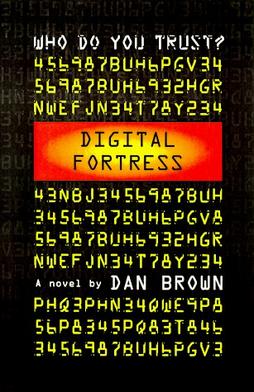 My father is a big Dan Brown fan and lend me some of is book, I started with this one because it seems more in my line of work (computer, cryptography) than the others (The Da Vinci Code & other).
Writen in 1998, what caught my attention was some of event in the book happens recently.
One of the plot point of the book is that a character will release an undecryptable algorithm to the world if the NSA don’t reveal that they have a super computer that read everybody mail and can decrypt all of the current cryptographic algorithm.
Sound like what Snowden did, letting know that the NSA was spying on their own citizen and their allied.

Note to self: I should write a goodread review on this one.
https://www.goodreads.com/book/show/11125.Digital_Fortress

I’ve bought the book from Charlie Hoehn recommendation. When I’ve backed his kickstarter project and he gave the backers the opportunity to tell him what they were struggling with and try to give them advice.
so here my mail

I think my biggest problem right now is not being afraid to say no.
I say yes to everything I’m mildly interested and then I can’t keep up, it’s especialy hard saying no to my spouse and my kids.

Thanks and I can’t wait to get my copy of the book,
Chris

Is respond was swift and short: Buy the book Essentialism and keep reading it.
After reading it, I understand why he said that, the second I’ve finished the book I had to read it again.

What is it about?
It’s about focusing on your priorities instead of letting yourself get sidetracked by the bombardment of secondary demands dictating our everyday lives.
The secret is to concentrate your efforts on your immediate task and prevent others to distract you away from the job at hand.
The author states in so many words that if you don’t make the choice, others will make it for you and that someone else’s choice may mean as an example that you won’t get that report in on time.

A good friend of mine recommended this book last year, I already bought it, but didn’t get around reading it. With the movie adaptation coming out this Easter, I had to read it. In the year 2045, global oil reserve are depleted and for the many the only way to escape this harsh world is to dive in the OASIS, a virtual reality/MMO where you can play, go to school, conduct business, etc.
The creator of the OASIS, just died recently and added a easter egg in it that will give control to the OASIS.
We follow the story of the young Wade, trying to find that legendary artifact along with some friend against an evil global corporation.
If you’re a child of the 80s-90s or into video game in general you will love this one. It’s full of reference to both, pop culture and many more easter egg.

Have any of you read these book, let me know what you liked/disliked about them or learned any special.

This site uses Akismet to reduce spam. Learn how your comment data is processed.